Does piracy remain a threat? 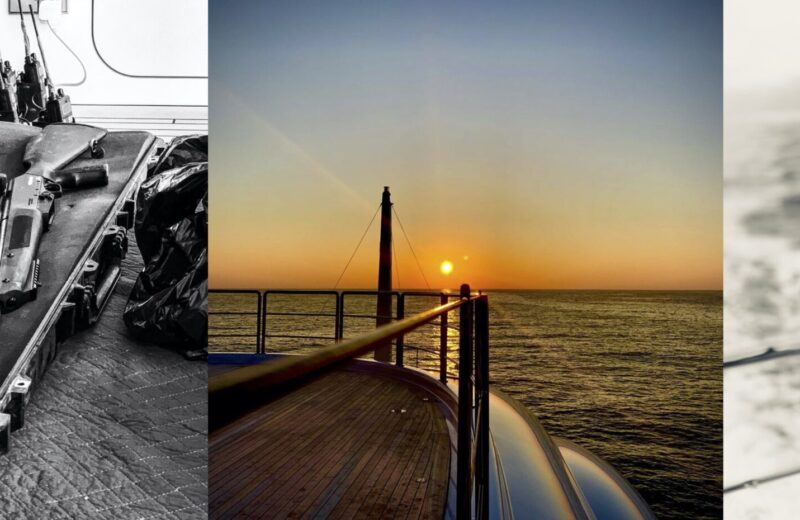 Gone are the days of Edward Teach’s men on the high seas, but, even if Blackbeard has left us, piracy is still a risk to be observed. Now the high-risk areas for global piracy are the Gulf of Guinea and the central east African coastal region of the Indian Ocean.

So, with the recent grounding of the Ever Given in the Suez Canal and the subsequent multi-billion dollar vessel logjam that trailed even further south than the Red Sea and into one of the two high-risk areas, it is easy to understand the concerns a superyacht owner may have.

The risk of piracy is a small and encounters with unidentified or suspicious vessels rarely happen more than once annually, however there is good reason for this. As Simon Rowland, CEO, Veritas International explained a well-prepared superyacht in herself is usually a good enough deterrent to ward off most would-be pirates.

Veritas is an international security consultancy which has specialised in providing superyachts with the necessary security to traverse the globes’ oceans for the past 16 years. The firm works with numerous vessels, both private and commercial, that travel through the high-risk areas every week of the year.

‘All about the right profile’

Rowland told Superyacht Investor: “It’s all about having the right profile. If you can ensure the yacht or the vessel you are protecting looks to be protected; has people onboard who are willing to protect it; who are seen to be doing a professional job, then the volume of the vessels going though a high risk area is so fantastic any potential pirate is naturally going to let you by and wait for next unprepared vessel to pass.”

“In that respect it’s a numbers game.” said Rowland. The ability to avoid pirates and avoid deploying counter piracy tactics really boils down to the profile of the ship and the professionalism of the crew onboard. “Without trying to do myself out of a job, a yacht can provide adequate protection for itself as long as it is sensible in its route planning and processes.”

Veritas will provide training to the crews once onboard which brings an extra layer of confidence, said Rowland. Whether at Port Suez or Port Said there is a period of time, up to 36 hours when travelling south through the Red Sea, in which Veritas can conduct crew training. “We find that to be invaluable and also something that the crews, universally, really enjoy,” said Rowland.

Although the risk of piracy may be low, it is not low enough to circumvent insurers’ requirements for risk mitigation when travelling through a high-risk area. These requirements often being the placement of armed security personnel onboard.

“Piracy remains a threat and the basic elements of it are unchanged from when it first emerged as an issue,” Will MacLachlan, partner, HFW told SYI. “The three-legged stool, if you like, that brought piracy under control of armed guards on boats, naval task forces and best management practice whereby people take steps to secure their vessel remains as important as ever.”

If you were to take one of those legs away the stool would fall over, or it would at least threaten to,” said MacLachlan. So while it has not gone away the presence of armed guards has greatly diminished the threat of piracy to private yachts and commercial vessels alike, and the use of armed guards should remain a key element of any management risk assessment before transiting the high-risk area of the Indian Ocean and Red Sea.

One very real concern presented by the recent Suez Canal blockage was the relocation of armed guards. MacLachlan explained that guards would normally be picked up south of the high-risk area, travel through and disembark on the northern side, before being allocated another ship for the journey back south. However, with interruptions in the usual flow of traffic, many guards and their firearms found themselves in the wrong place many hundreds of miles from their next pickup point.

Although Veritas on average encounters one significant threat per year, never in its 16 years of operation has a single shot been discharged. Let’s not forget that it is lawful to take a life to save one in international waters and these armed guards are here to what is necessary to save lives. The statistic is something Veritas is proud of and, as Rowland said: “What it really proves is that providing you have the right approach and the right escalatory system in place then you don’t need to pull that trigger.”