One dive for Triton, one giant leap for deep sea exploration

More people have been to the Moon than have dived the near 7 miles (11km) to the bottom of Challenger Deep, the deepest part of the Mariana Trench. As we prepare to send manned missions to Mars we still have explored less than 15% of the ocean floor. So, as SpaceX appears to have all-but-cemented the initial commercialisation of space travel, would it be safe to assume similar would happen in deep sea exploration?

The answer to the question is yes, gradually, rather like outer space travel. Expedition superyachts equipped with advanced submersibles are becoming increasingly common and, in turn, are making deep sea dives more safe and reliable.

So much so, captain Hamish Harding, chairman, Action Aviation, on Friday (March 5th) became one of the first two people in history to traverse the depths of the Challenger Deep. In what was a 12-hour journey involving four hours of traversing the deepest point on earth 6.8 miles (10.9km) underneath the Pacific Ocean.

The mission searched for evidence of human pollution at the base of Challenger Deep, as well as new, deep seas species living in the environment. The record-breaking dive was completed on Friday thanks to favourable weather conditions.

Joining Harding on the trip was Victor Vescovo, the world record holder for the deepest dive with a manned submersible and the first person to visit the deepest point in each ocean.

“I have been talking to Victor for some time and then he phoned me earlier this year and said did I want to join him?” Harding told Superyacht Investor. “It has been on my bucket list for some time, so it was an easy decision.

“There is no plan B, but I trust the team and the technology and I don’t really get scared at this type of thing,” said Harding before the dive. 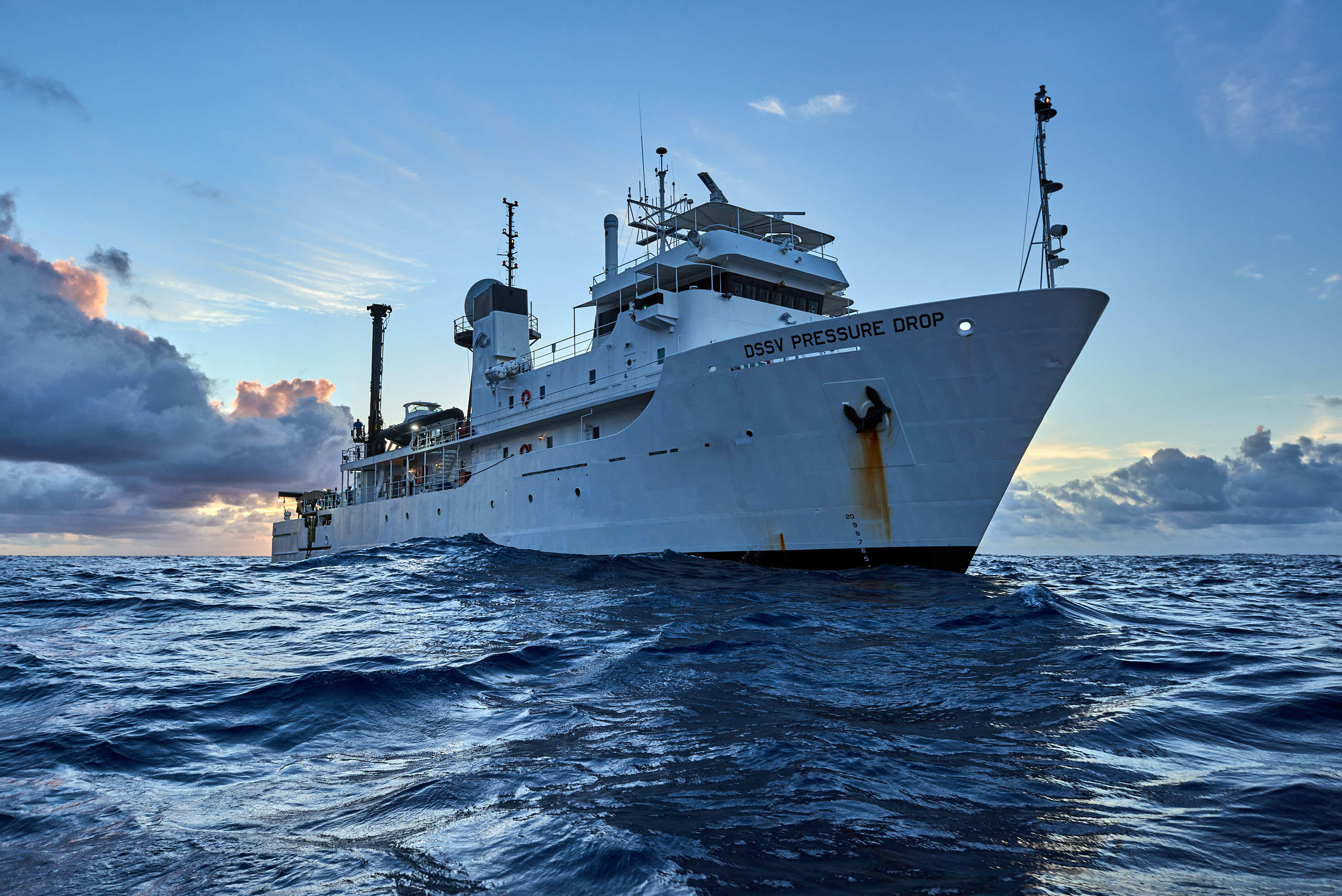 ‘There is no plan B’

The dive took place in the purpose-built Triton submarine, DSV Limiting Factor launched from expedition yacht DVVS Pressure Drop. The two-man submarine is purposely designed to take the crushing eight tons per square inch they experienced at the bottom of the Challenger Deep or about a thousand times the standard atmospheric pressure at sea level. Pressure Drop owner, Vescovo piloted the submarine while captain Harding operated the robotic arm to sample specimens.

The technology enabling the dive is engineered and created by Triton Submarines. Triton’s founding partners, Patrick Lahey and Bruce Jones, established the company in 2007 with the goal of producing the first practical acrylic pressure-hulled submersible.

In 2018, the firm delivered its first Triton 36000/2. It was the first submersible in history to receive ‘Unlimited Depth’ certification from a third-party classification society the international accredited registrar DNV-GL. The 36000/2 is also the first vehicle in the history of mankind to provide unrestricted access to the world’s oceans.

The 36000/2 also completed the Five Deeps Expedition, during which the deepest point of each of the planet’s five oceans were visited for the first time.

Jones told Superyacht Investor: “Having opened a ‘gateway’ to reliable and repeatable access to the deep ocean, the 36000/2 has achieved numerous firsts and set a raft of records. While missions like the first manned visits to RMS Titanic in over a decade, completing the world’s deepest salvage mission and now 10 dives to the bottom of the Mariana Trench may grab the headlines, during the first year of operations, over 40 new marine species were discovered that were never previously identified.” 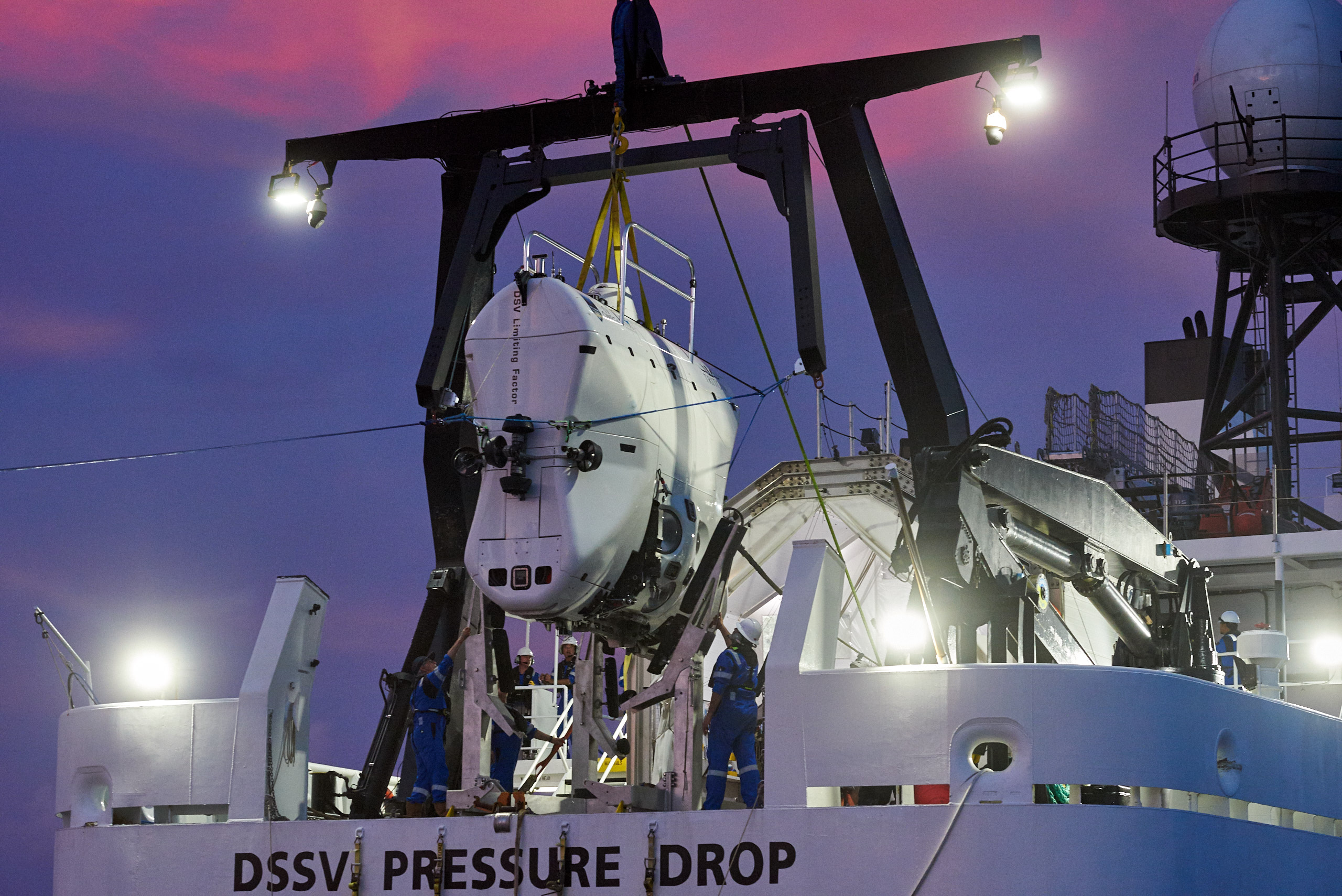 To date, every submersible produced by Triton Submarines has found a home onboard superyachts, yacht support craft and expedition or research vessels, with the exception of a 24-passenger DeepView tourism submersible.

Triton has delivered everything from compact two-occupant models that dive to 1,000ft (330m) through to the more extreme Triton 36000/2, from compact three-person ‘superyacht subs’ to six-person 1,000m capable ‘megayacht models’. Among units currently under production is the Triton 7500/3 for Project REV; upon delivery this will be the deepest diving acrylic-hulled submersible ever built.

Jones added: “The flagship of Triton’s fleet is the 3300/3, of which nine have been delivered to date. Conveying three occupants to depths of one kilometre this remarkable submersible provides the reliability, safety and versatile capability that the leading adventurers, documentary filmmakers, underwater archaeologists and marine research institutes require.

“From the filming of Blue Planet II, through tagging sixgill sharks at depth, to the first observations of giant squid in their natural habitat, the Triton 3300/3 model series has contributed more to the advancement of oceanographic endeavours than any submersible in history.”

The maturing of the personal submersible sector has coincided with a dramatic change in the value proposition of yachts. “They are no longer considered just a status symbol used primarily for entertainment, but instead a platform for unique and meaningful experiences; which is precisely what submersibles deliver,” said Jones.

It usually takes someone to lead the way for the rest to follow. Like de Havilland did with the Comet, Henry Ford with the motor vehicle, or Elon Musk with SpaceX, Triton is beginning to commercialise the submersible space and make significant contributions to our knowledge of the oceans in the meantime.