Alexander Marine sues for over $20m in damages 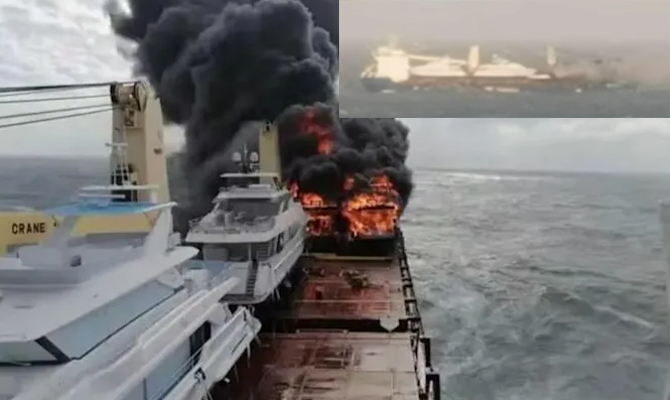 The US-based broker for the Taiwanese shipbuilder filed the case to the US Federal Court for the Southern District of Florida on December 12th, 2022. The three Ocean Alexander yachts were being transshipped along with a Silent Yacht 60 and another vessel on the Briese Schiffahrt operated BBC Virginia from Taiwan to Fort Lauderdale on November 24th, 2021

Five days after departure, the crew reported smoke billowing from the Silent Yachts 60 vessel stored above cargo a hatch. The blaze then spread to other vessels on board, notably two Ocean Alexander that yachts reported as total losses and a third as severely damaged and possible total loss.

A survey was then undertaken in Dafeng, China. The surveyors allegedly agreed that the fire either started from the Silent Yachts vessel or the cargo hatch below, noting that the yacht was “a pile of ashes” on inspection.

Alexander Marine alleges that the Silent Yacht was unfit for the transshipment due to its “unproven and untested radical solar powering system.”

Cross Chartering is also being sued for allegedly breaching its contract of carriage by placing the yachts on an “unseaworthy vessel.” Alexander Marine claims the cargo ship was “improperly manned, with inadequate fire training procedures.”

Below: A superyacht turned into a pile of ashes following the blaze (Credit: Maritime Bulletin)